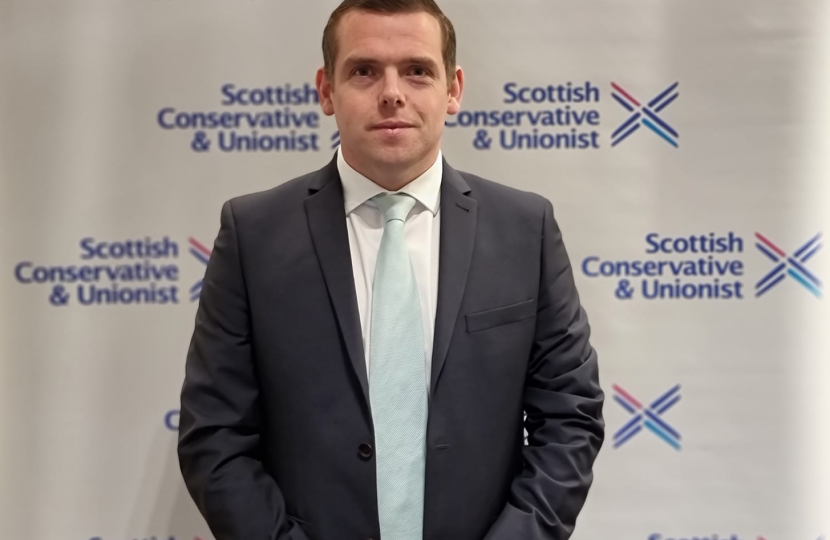 "This election result is a historic moment for the Scottish Conservatives.

"Against the odds, we won more votes than ever before. We increased our vote share and again returned 31 MSPs. We won stunning victories in constituencies and came so close to winning even more.

"I’m sorry that our colleagues Gordon Lindhurst and Maurice Corry did not get returned and I thank them for their service over the last Parliament.

"And it was deeply disappointing to lose John Scott. He has served his Ayr constituency for more than two decades. His community and our Parliament will be the poorer for him not being returned. As a local MSP, a Deputy Returning Officer and a true champion for rural Scotland, his influence in Scottish politics has been significant.

"Over 100,000 more people supported our party last Thursday than they did five years ago. And we won more list votes in this election than the SNP did in 2007.

"I want to thank everyone who made this possible. Our supporters and activists went to incredible efforts and all their hard work has paid off.

"And I want to thank everyone who trusted us with their votes. We will not let you down.

"We have won 31 seats and cemented our place as Scotland’s opposition.

"In 2016, Ruth Davidson put us on the map. I want to thank her for what she did then and all she has done since. She put our party on her shoulders this last decade and carried us forward.

"But we are no longer just the party of Ruth Davidson.

"We have built a brand, a pro-UK movement, that is bigger than any one person.

"The Scottish Conservative and Unionist Party is going from strength to strength.

"The polls barely gave us a chance and they certainly didn’t see this result coming.

"The SNP had every advantage. Nicola Sturgeon has been on BBC television for 12 months straight. She had stratospheric poll numbers just nine months ago, when I became leader. Instead, she has been denied a majority that the SNP thought was a given.

"The Holyrood bubble was willing for the return of Scottish Labour. Instead, Labour are left to claim their worst ever result as some kind of victory.

"We tried to help other pro-UK parties by putting country before party, by advocating tactical voting, going further than we ever have to encourage a unionist alliance to stop the SNP.

"Our approach was not reciprocated by other pro-UK parties – yet we are the only pro-UK party to win more votes and improve our standing.

"In the backdrop of a difficult few years for our party, we are only going forward.

"We now have a stronger, more diverse group of MSPs than ever before.

"We have top quality candidates with real world experience, like our Glasgow GP Sandesh Gulhane, journalists like Russell Findlay and Craig Hoy, and an oil and gas industry expert in Tess White.

"We have our first BAME MSPs and Scotland’s first Sikh MSP who brings a wealth of business experience, Pam Gosal.

"We have some of the Parliament’s most experienced politicians in Jackson Carlaw, Murdo Fraser and Liz Smith.

"New rising stars will join us, like Meghan Gallacher and Douglas Lumsden.

"Every single Scottish Conservative MSP will keep the promise we made to you.

"We promised that if pro-UK voters united behind us, we would stop an SNP majority. We did it.

"We promised to stop indyref2 – we have.

"We promised to get 100% of the focus back on rebuilding Scotland. That is our next task.

"In the short-term, it means focusing relentlessly on Scotland’s recovery.

"We must use the firm foundations of the United Kingdom – including the world leading furlough and vaccine schemes - to start rebuilding our country.

"The health and economic crisis must get our full attention.

"Now is the time to come together in the national interest and deliver Scotland’s recovery from Covid.

"But longer term, to succeed in rebuilding Scotland from the last 14 years, we can’t just stop the SNP. We need to challenge them for the top job.

"We must be a stronger opposition than ever before – and we will be – but that is not enough.

"We have to demand more. We must be more than the party of no to indyref2.

"I recognise that – and I am determined that we will become an even broader movement.

"The Scottish people have gone through two elections now where the opposition has not been contending to be in government.

"They were the right messages for those elections but after what will be in 2026 nearly two decades of SNP rule, the Scottish people will deserve the right to choose an alternative.

"So as of today, the Scottish Conservatives are starting on the long road to building that credible alternative to the SNP.

"We know there is a lot of hard graft to be done to get into that position and that right now it may seem incredible to some. But we proved yesterday that 2016 was no fluke, that the Scottish Conservatives are here to stay as Scotland’s second party.

"And we cannot be content with just stopping the SNP in an election. Next time, we have to win across Perthshire. We have to take back Ayr. We have to topple them across the North East.

"We have to be able to win in every part of Scotland, to fight the SNP for every single seat.

"Only our party can get the better of the SNP. It was our votes that stopped an SNP majority and indyref2 – nobody else’s.

"We are the only party strong enough to stand up to the SNP, to take them on and win all over Scotland.

"It will be a long and probably bumpy road. But we have handled setbacks these past few years and I have come through setbacks in this campaign.

"We are still here, and we are stronger.

"Our policy platform is already on the right track – we only need to make more of it. On a blind test, polling found our manifesto was the most popular.

"We don’t get enough credit for our policies but that is partly our fault. We must champion them at every turn.

"Our business and jobs policies would kick-start Scotland’s economy and create the jobs of the future.

"Our Victims Law is a detailed blueprint for overhauling the justice system.

"Our education plans would restore Scotland’s schools to their rightful place among the best in the world.

"The Scottish Conservatives have a clear vision for how we can rebuild Scotland stronger.

"But to do that, we must remove the nationalists from government. While their focus is entirely on indyref2 and nothing else, Scotland will never succeed.

"Overnight, we will not topple the SNP. But with 9 months, we have overcome what looked like a certain SNP majority.

"In five years, we can achieve so much more.

"The hard work starts now, and we’re ready for it.

"And anyone who shares the dream of removing the SNP from power, of delivering a government obsessed with growing our economy, restoring our school standards and supporting our NHS, is welcome to join us in that journey." 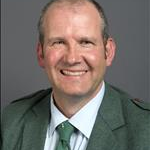