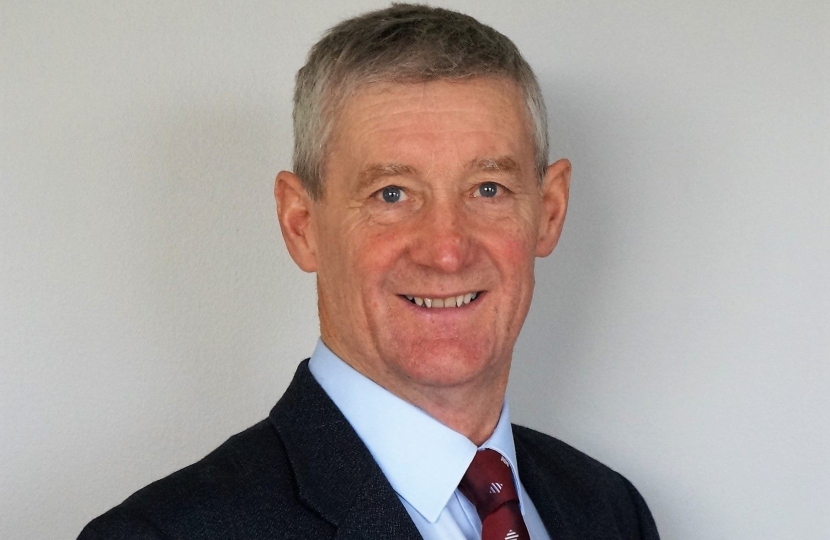 I'm Peter Chapman and it is a great honour to have been selected as the candidate for the Banffshire & Buchan Coast in next years Scottish Parliamentary elections.

I am passionate about the area and want to see it prosper for the sake of everyone living here, irrespective of their background. I was born and brought up in this community and have lived and worked here all my life. I am close to and understand you the people and our culture.

As a local farmer and Businessman, I have over the past twenty or so years, gained wide and valuable experience in various roles and ventures both within and out-with farming.

I served as an Aberdeenshire Councillor from 2007 until 2012, and also served for six years as a local Director of the National Farmers Union Mutual Insurance Society. And, currently I am a Director of Aberdeen and Northern Marts.
I played an active role during the referendum, having debated on 14 occasions in venues locally and throughout Scotland. I was also interviewed by reporters from Canadian, German, Australian and Dutch TV and Radio to give my views and the argument for the ‘Better Together’ campaign.

I fully believe that under the SNP our local democracy and accountability are threatened by the most controlling and centralising government we have ever seen. It is deeply worrying. I am delighted therefore to have been given this chance to stand up for the interests of the local people and the vital industries of fishing and farming by which this corner of Aberdeenshire is defined.

If elected I will work with the local community and my colleagues of the North East to build a better future for all. A future that will focus on maintaining a robust economy to underpin the much needed improvements to our neglected education, health and police services.

To beat the SNP we are in for a fight from now until the election next May. We need everyone’s support, commitment and effort. With my motivation and effort and with your help we can run a successful campaign and make the Banffshire and Buchan Coastal seat a Conservative seat once again.