Liam Kerr is a current regional member of the Scottish Parliament for North East Scotland.

In addition to his spokesperson role, Liam is dedicated to working for and speaking out on behalf of everyone in the region, regardless of who they voted for or even if they didn't vote at all, and is committed to getting the very best for the North-East.

Throughout his time in Parliament, Liam has tackled a wide variety of issues both local and national. His successful campaign to see #FinnsLaw implemented forced the Scottish Government to take a tougher stance on those who harm animals working for the emergency services. In addition, Liam managed to get the Scottish Government to cancel their plans to merge the British Transport Police and Police Scotland.

On a local level he has dealt with cases for many constituents and businesses and is a popular face amongst the myriad of small towns and communities along our coastline thanks to his love of sailing.

Liam is an Accredited Specialist employment lawyer of some 16 years standing, acting for household name companies whilst employed by two of the World’s largest law firms. Prior to his election, Liam operated his own practice.

Liam started his working life on £2.50 per hour as a chef in a quality Edinburgh restaurant before working as a commission-based telecoms salesman for a number of years and as a session musician in London. During his 15 years as a lawyer in Aberdeen, he has given lectures at RGU and Aberdeen University, been a Director of two prominent North-East charities and performed both classical and jazz piano.

Liam is married to a primary school teacher, sails a small boat and studied an MBA through the Open University. Liam is a member and former chairman of the Aberdeen 100 Round Table and a former member of St Fittick Rotary.

See below for news from Liam Kerr or visit his website here.

I spoke out this week after yet another example of hardworking businesses in the North East being let down through no fault of their own by the SNP Government in Edinburgh, with firms from our region either rejected or not told about a flagship Covid fund for food and drink firms struggling in th

It was fantastic to meet the SSE Thermal  and Acorn CCS and Hydrogen Project  teams at Peterhead Power Station yesterday, including some

Earlier this week the First Minister gave a statement on Covid.

Earlier this week I visited Down on the Farm, near Rosehearty as part of the Go Rural Scotland and Scottish Agritourism initiatives.

After several constituents contracted me to express concerns regarding a recent spate of littering at Inchgarth Reservoir in Aberdeen, wh

During First Minister's Covid-19 Update on June 15, I asked Nicola Sturgeon why despite a huge increase in positive Covid-19 cases compar

Reports on my action to restart the cruise industry.

It was a privilege to attend the (virtual) opening of the Centre for Energy Transition at the University of Aberdeen. 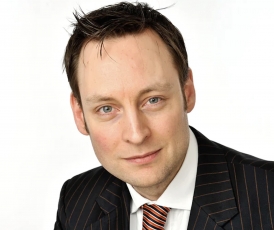